Home Pepper robot and its applications

Pepper robot and its applications

Among inventions which are applied in business, Pepper robot is one of the most effective and smartest supporter for the companies’ service.

Pepper, an invention of Aldebaran which headquarters is in French, was developed by Softbank Robotics Corp. in Japan in 2015. This is the beginner of a new wave of smart robots, promise to not only make human life easier, but also create a completely new form of interaction: robots can communicate with humans. 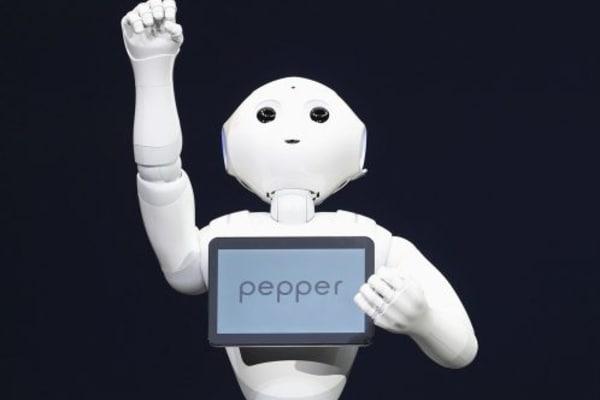 Pepper – an advanced product of humans’ artificial intelligence / Ph: Smh
Mr. Bruno Maisonnier, managing director of Aldebaran said that: “Pepper is lovely and kind. Basing on the sensor system and programmed algorithms, the robot can understand and response to opposite person”. It is so interesting that Pepper can even grasp human’s basic emotions such as: happiness, sadness, anger or surprise.
The attraction of the robot is too amazing that all 1,000 humanoid robots Pepper are sold out by Japanese in just one minute.

Pepper has appeared in many countries since the time it was produced. In Italy, this is the first case of humanoid robot working as a guest guide at Parc Hotel in Peschiera del Garda.
E-mart, leading retail supermarket in Korea, has intention of testing Pepper’s function in their outlets. The robot will act as a shopping assistant, help customers in products information and answer shoppers’ requirements. 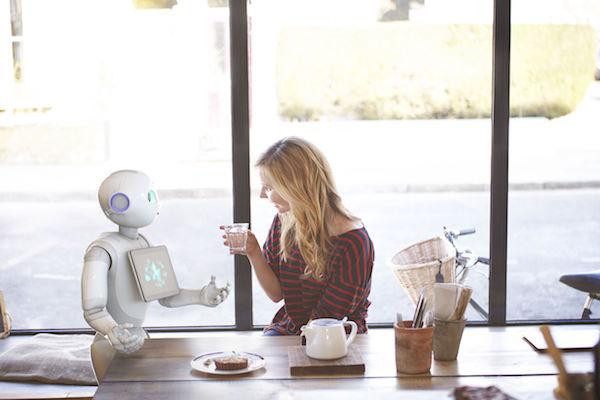 Pepper is used in various kinds of business model / Ph: Campfire-capital.com
Japan is a country with increasingly ageing population. Their government hopes Pepper’s distribution could reduce health care system in this country.
It is undeniable that the appearance of Pepper could reduce working volume of company’s staffs. Besides, this smart robot also brings curiousness for customers, from that attract them to the hotel or outlet for service using.
Pepper is a clear evidence for unlimited ability of humans which promises to be more developed in the near future.

Ulysse Nardin from Switzerland always is the brand that creates unique watch collections. Their new line of cards combines a lot of the Swiss brands motto and vision; “We Xplore. We Xcite. We Xist. We are Ulysse.” Ulysses Nardin...

And at the Geneva Motor Show 2019, they have produced a different supercar model, an unique model, and a milestone marking the event of more than 110 years of development of this automaker. La Voiture Noire – one of...

McLaren has introduced its new Grand Tourer (GT) model – the first model of its Spacious Luxury Lifestyle Vehicles. The new McLaren GT will blow your mind because of its luxurious design, especially interior design. Let’s find out more...

Recently, Bugatti has introduced its Centodieci, the latest design technology, at Pebble Beach Car Show 2019. Let’s take a look at this exclusive car. Bugatti Centodieci is inspired by the legend EB110 Bugatti – one of the famous French...

Huayra Roadster BC becomes one of the most expensive series ever made by Pagani, Italy. This super-expensive convertible has been developed from the special version Pagani Huayra BC. New model of the Italian brand continues to be positioned as...

How To Stick To An Emotional Detox?

Foods that bring happiness to our quarantine days

Natural Beauty On The Best Amazing Coasts In Europe

Why is mindfulness important?

How can a man improve his looks?